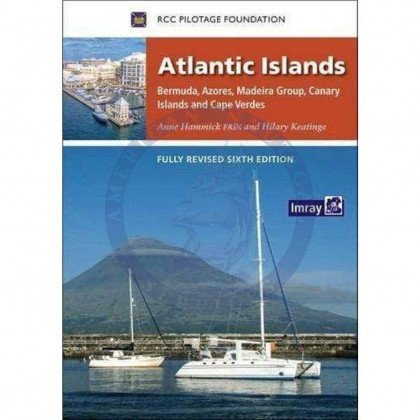 54,95 €
When Anne Hammick started research on the first edition of Atlantic Islands back in 1987, few would have guessed the changes which 25 years would bring.

Facilities for yachts have improved immeasureably in all four island groups, bureaucracy has decreased and, from being seen mainly as convenient stepping stones on the Atlantic passage, all the archipelagos are now accepted as cruising destinations in their own right.

The fifth edition of Atlantic Islands builds on solid foundations - the author's long familiarity with the area, an invaluable network of local contacts, and the constant flow of information and feedback received from yachtsmen and women during the lifetime of the previous edition.

In 2010 the author set out to visit and photograph almost every harbour featured in the book, and while preparing the text and plans the following year was kept updated about ongoing developments by cruising friends 'in the field'. Passage waypoints are now included - though these should, as always, be used with caution - in addition to many harbour plans available nowhere else.

Nearly 300 new photographs illustrate the fifth edition, most from the author's own collection, and the use of colour for indexing and cross-referencing has also been increased.