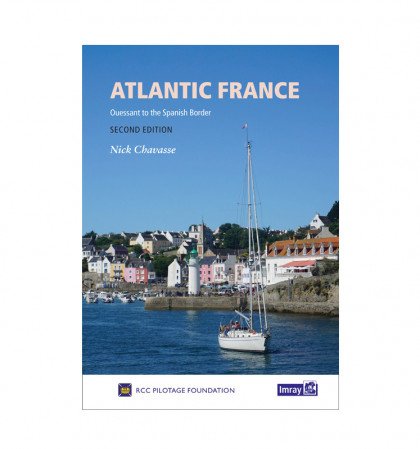 53,96 €
'North Biscay' has been renamed 'Atlantic France' to reflect the extended coverage to the Spanish border. Jeremy Parkinson has revisited the West coast of France and, from his research over the past two years has produced this new renamed edition.

Throughout, the harbour plans have been revised and in many cases improved. In particular, the coverage of Brest now includes the new Marina du Chateau, large scale plans of the marinas at Lorient have been added and plans are provided of the small harbours in the Gironde. At the north end the Brittany harbour of L'Aberwrac'h, the key to entering the Chenal du Four, is now included and in the south Arcachon, Capbreton, Bayonne, St Jean de Luz and the Rada de Higuer up to the Spanish border are included.

Many of the photographs are new and at the end of 2009 Patrick Roach was commissioned to produce a new set of aerial photos and amongst these is unique coverage of Brest.